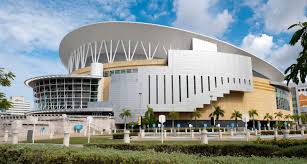 With seating for more than 18,000 fans, Coliseo de Puerto Rico was opened in 2004 and has since hosted more than 1,200 events and received over 8 million spectators.

Mobilitie said that the neutral-host network within Coliseo will feature the latest 5G-enabled architecture, providing maximum coverage and capacity throughout the venue.

“Deploying a cutting-edge network at this premier venue in Puerto Rico will be another milestone for Mobilitie,” said Michael Curry, VP of wireless solutions at Mobilitie. “Our expertise in addressing complex technical challenges, coupled with our commitment to providing the best solutions for our clients is what differentiates us in the marketplace. We look forward to our continued investment in Puerto Rico, and to introducing a next-generation wireless experience to Coliseo.”

The Puerto Rico Convention Center (PRCC), operated by ASM Global, hosts an average of 350 events and over 600,000 visitors per year. With more than 600,000 square feet of total space, including an Exhibition Hall that can seat nearly 17,000 people and a ballroom that can accommodate more than 4,000, the PRCC is capable of hosting more than 25,000 simultaneous guests.

Mobilitie recently announced that it is bringing 5G to Target Center in Minneapolis, Minnesota, home to the NBA’s Timberwolves and WNBA’s Lynx.