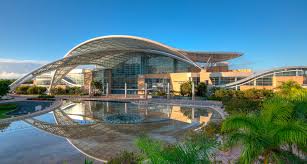 The Puerto Rico Convention Center (PRCC), operated by ASM Global, hosts an average of 350 events and over 600,000 visitors per year. With more than 600,000 square feet of total space, including an Exhibition Hall that can seat nearly 17,000 people and a ballroom that can accommodate more than 4,000, the PRCC is capable of hosting more than 25,000 simultaneous guests.

?Network connectivity plays a crucial role within the Convention Center and has been a major focus of operation for us,? said Jorge P?rez, ASM General Manager, Puerto Rico Convention Center. ?Deploying a new state-of-the-art wireless network is a complex undertaking, and it takes a trusted partner like Mobilitie to make this a reality. We?re excited to provide visitors, exhibitors and conferences with an unmatched network experience while visiting PRCC.?

The network at PRCC will be designed with 5G capable architecture, ensuring that the visitors attending conferences, meetings and other special events have reliable connectivity throughout the entire convention center.

?High-speed wireless networks and next generation mobile technologies are vital elements of the telecom infrastructure build out in Puerto Rico,? said Michael Curry, VP of Wireless Solutions of Mobilitie.

Earlier this month, Mobilitie said it is bringing 5G connectivity to Target Center in Minneapolis, Minnesota, home to the NBA?s Timberwolves and WNBA?s Lynx.