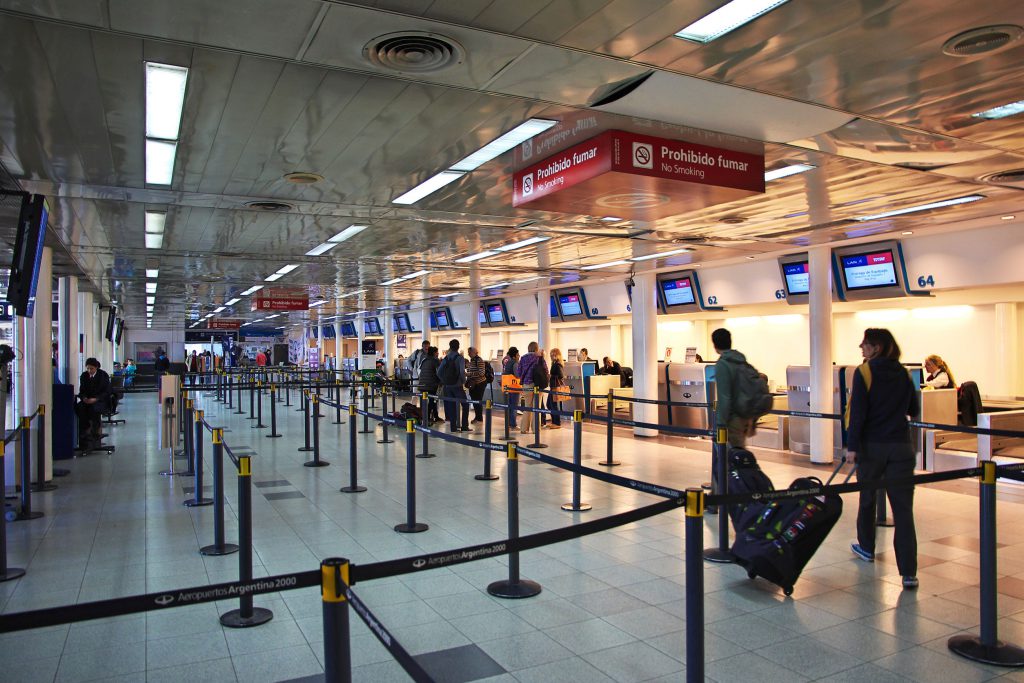 The Jorge Newbery airport, in Buenos Aires, needed to increase its indoor coverage in order to meet with the growing data demand from passengers.

The airport is comprised of two large floors housing 55 check-in counters and covers a total floor space of 30,000 square meters.

Comba explained that an active distributed antenna system (DAS) solution was deployed at the airport with Comba?s ComFlex system at the core. In contrast, it said, a passive DAS would be unable to provide sufficient coverage due to high coaxial cable losses.

In this solution, the 1900/AWS signals from the operator BTS are fed into the POI, where GSM and WCDMA signals are combined at POI output port 1 and LTE signal is sent to POI output port 2. Subsequently, these output signals are combined at the ComFlex MU and converted to optical signals before being transmitted over optical fiber to the RU for regeneration and amplification. Finally, they are distributed to the antennas through a network of splitters, couplers and coaxial cables, Comba said.

Each of the airport’s floor was divided into three sectors, and Comba?s ComFlex 5W DAS was used to deliver mobile coverage. A total of five ComFlex MUs and 35 ComFlex RUs were deployed for distributing signals to 62 wideband indoor antennas throughout the airport. Consequently, the signal levels measured at the site met the requisite KPIs and the network met the high capacity demand. Additionally, the ComFlex DAS can be upgraded quickly and easily to meet future needs, due to its compact and modular structure, the firm added.