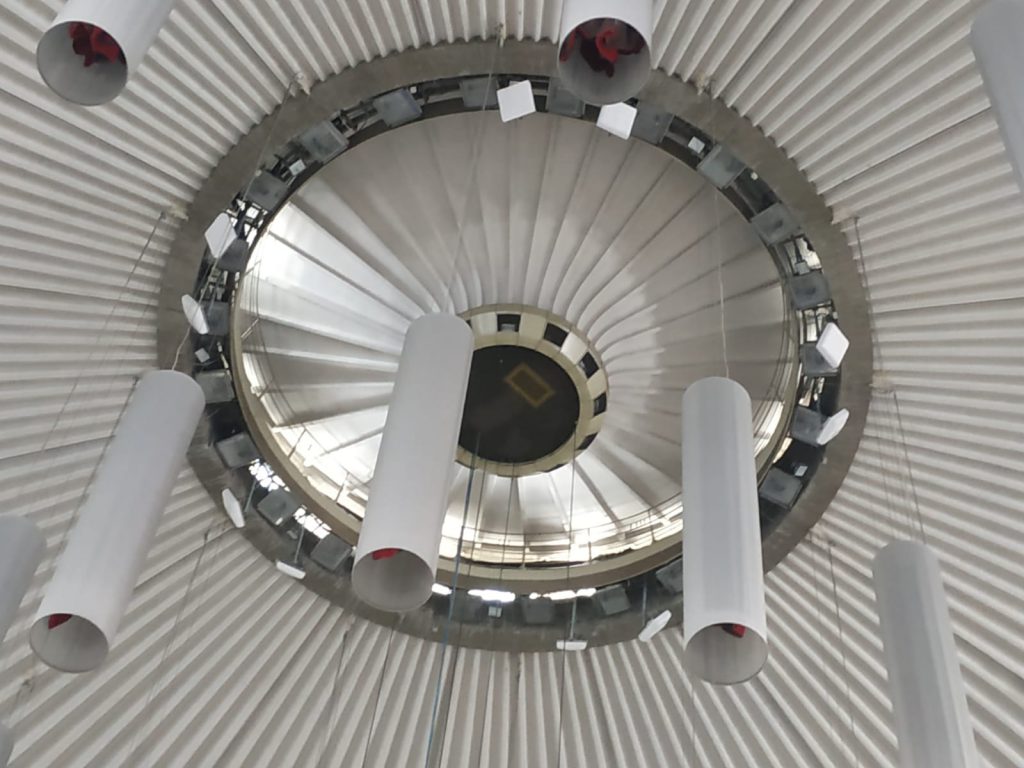 The PalaLottomatica, designed in 1960 for the Olympics Games, is the largest events venue in the Italian capital.

The layout and design of the large circular central arena, which is 45 metres in diameter and up to 35 metres high, is a significant challenge for providing sufficient cellular network connection. Cellnex said its solution offers stable and dedicated multi-operator coverage, including on the stands of the arena, in the press area and in the various dedicated indoor areas such as conference rooms and administrative offices.

The DAS installed by Cellnex makes it possible to broadcast signal from the main national mobile operators with 2G, 3G, 4G and 4.5G technologies and is already enabled to handle 5G technologies in the future, the company added.

Cellnex also said that the contracts agreed upon with the operators, which are valid up to nine years, cover design, supply, installation, testing and maintenance of the infrastructure, as well as infrastructure supervision and optimization services.

“Thanks to this initiative, all Palalottomatica spectators can connect at once, sharing their experiences through live video and photos during matches or concerts, and can take advantage of innovative services using their latest-generation smartphones with the guarantee of a stable and high-performance connection,” said Giovanni Curione, Cellnex sales director for MNOs.

Giacomo Palumbo, Cellnex sales director for enterprise & public administration, added: “This operation represents another step forward for Cellnex to bolster its activities related to DAS and small cells applications in Italy where today the Group manages over 1,500 multi-system and multi-operator nodes.  In Milan, for example, in recent years we have handled some complex projects, including the underground, the San Siro stadium and the Niguarda Hospital. Our projects are always studied on the basis of the specific connectivity needs of our customers and guarantee the same service to all mobile operators; The arrival of 5G will soon herald new frontiers and increasingly faster data connections will be needed. Thanks to Cellnex’s optical fiber DAS system we have made the PalaLottomatica future-proof.”

Cellnex Telecom currently operates a portfolio of 46,000 sites including forecast roll-outs up to 2027. Cellnex operates in Spain, Italy, Netherlands, France, Switzerland, the UK and Ireland.