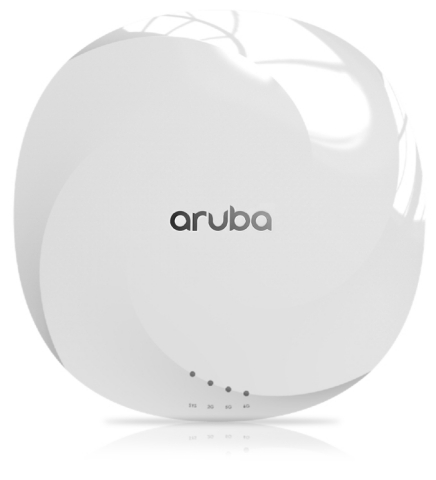 Aruba, which is part of  Hewlett Packard Enterprise, has announced an enterprise-grade Wi-Fi 6E solution set – the 630 Series of campus access points (APs), starting with the AP-635.

Wi-Fi 6E refers to Wi-Fi devices that operate in the 6 GHz band, which was opened up in April 2020 by the Federal Communications Commission (FCC) for unlicensed use in the United States. Opening the 6 GHz band more than doubles the amount of radio frequency spectrum available for Wi-Fi use, allowing for less congested airwaves, broader channels, and higher-speed connections and enabling a range of innovations across industries, Aruba said. Since the FCC decision to open the 6 GHz band, 39 additional countries that are home to over 1.3 billion people have opened the 6 GHz unlicensed band for Wi-Fi 6E.

“As we progress in our digital transformation, we are continually adding an increasing number of IoT devices to our network and transitioning to Wi-Fi as our primary network connection rather than Ethernet. We are being asked to support an expanded array of mission-critical, high bandwidth applications that support research as well as hyflex learning and entertainment, like streaming video, video communications, and AR/VR for our students, professors, and staff,” said Mike Ferguson, network manager and enterprise architect at Chapman University. “With Aruba’s Wi-Fi 6E APs, we’re confident that we’ll be able to not just support our short-term needs, but we’ll have room to grow as well, which will keep all of our users happy, increase our competitiveness, and allow us to extend the lifecycle of this network deployment by 50%.”

It also offers up to seven 160-megahertz channels in 6 GHz to better support low-latency, high-bandwidth applications like high-definition video and AR/VR.

Chuck Lukaszewski, vice president and wireless chief technology officer at Aruba, said: “Since 2016 we have helped lead the advocacy effort that has led to the 6 GHz band being opened all over the world. As such, we are extremely proud to be the first vendor to bring enterprise-grade Wi-Fi 6E solutions to market so our customers can take advantage of the huge increase in capacity that 6 GHz delivers.”

The new Aruba 630 Series APs will be available in the third quarter of 2021.