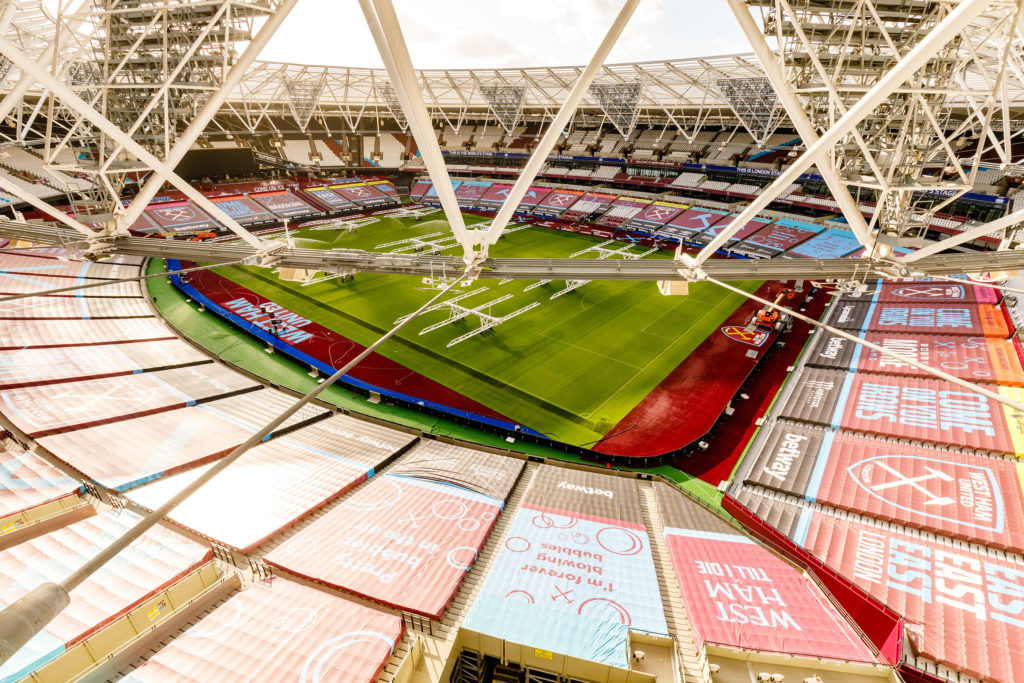 London Stadium announced that it has switched on a new 5G network, offering fans a fully connected experience as they return to the venue.

Added to the recent installation of enhanced Wi-Fi, fans will have access to fast and stable download speeds no matter where they are in the stadium, according to the partners.

In addition, 5G capability will offer benefits for the day-to-day operations, safety, and security of the venue. The advanced speeds will support the stadium?s recent move to cashless transactions, allowing for quicker and hygienic payments at point of sale, EE said. The improved connectivity will give more accurate access to location services and the opportunity to introduce multiple technologies which can be used simultaneously across the stadium and the immediate surrounds of Queen Elizabeth Olympic Park.

?We want to give our fans the best possible experience when they visit our stadium, the upgrade to 5G means that whether you?re coming to London Stadium to watch the football, baseball, rugby, athletics or a concert, you will always have the ability to be connected and have the best that technology has to offer,” said Graham Gilmore, CEO of London Stadium.

?5G is the next generation of mobile technology, enabling people to stay connected when they need it most,” said Adis Omeragic, from EE?s Special Projects team. “The speeds and reliability of EE?s 5G network at London Stadium will enhance the mobile experience for visitors, ensuring they can stay in touch with friends and family, and share highlights from their visit in real time.?

The 5G switch-on at London Stadium follows EE?s installation of 4G at the Olympic Stadium for the 2012 games.

London Stadium is a multi-purpose outdoor stadium at Queen Elizabeth Olympic Park in the Stratford district of London. It was constructed specifically for the 2012 Summer Olympics and 2012 Summer Paralympics, serving as the track-and-field venue, and as the site of their opening and closing ceremonies. Following the Games, the stadium was renovated as a multi-purpose stadium and it now serves primarily as the home of West Ham United football club.

EE is part of telecom group BT and is currently offering 5G services in 112 towns and cities across the U.K.

The carrier also expects to launch 5G in parts of Cambridge, Derby, Gloucester, Peterborough, Portsmouth, Southampton and Worcester before the end of 2020.

EE previously said that the commercial launch was the first phase of the telco?s 5G rollout: a Non-standalone 5G New Radio deployment focused on using the combined power of 4G and 5G technologies. Phase 2, from 2022, will introduce the full 5G core network, enhanced device chipset capabilities, and increased availability of 5G-ready spectrum.