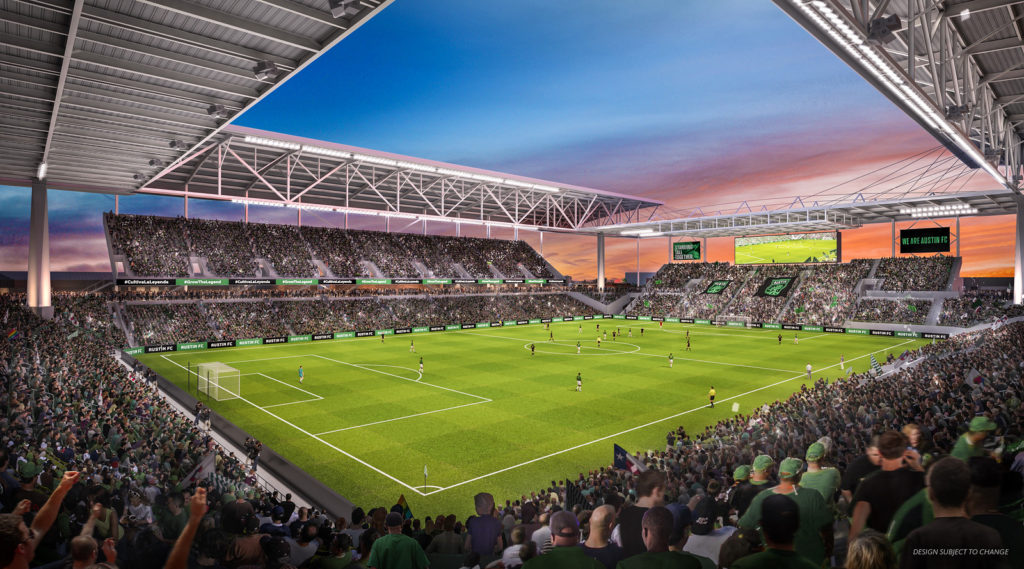 Boingo Wireless said it has been awarded the wireless rights at the new Major League Soccer (MLS) stadium currently under construction in Austin, Texas.

Under the terms of the deal, Boingo will design, install, operate and maintain neutral host cellular DAS and Wi-Fi 6 networks throughout the stadium, including bowl seating, suites, club sections, concourses and the field.

The new stadium will be home to Austin FC and is scheduled to open in Spring 2021 for the club’s inaugural MLS season.

“The important selection of Boingo Wireless as a technology provider represents a significant addition to the Austin FC stadium project,” said Andy Loughnane, Austin FC President. “Our stadium will be a world-class facility that prioritizes technology, hospitality, and above all, the fan experience. We selected Boingo to achieve our tech-forward objectives and keep guests connected during all stadium events, notably on matchday. We look forward to Boingo delivering a best-in-class experience to all Austin FC fans and stadium guests.”

Austin FC said it had selected Boingo after a competitive review process. Boingo’s DAS will be designed for multi-carrier coverage, with flexibility for future 5G upgrades.

Boingo noted that the Wi-Fi 6 deployment will mark one of the first Wi-Fi 6 launches at an MLS stadium. Wi-Fi 6 is the latest generation of Wi-Fi designed to deliver enhanced coverage, capacity, speed and performance in dense, demanding Wi-Fi environments like stadiums. Passpoint, a next generation hotspot technology, will also be offered to connect fans to secure Wi-Fi 6 experience, the company said.

“We’ve entered a new age of sports where the action takes place not only on the field, but also on the fan’s device,” said Mike Finley, Boingo CEO. “This immersive experience requires strong wireless connectivity that fuels fan engagement and satisfaction. From DAS to Wi-Fi 6 to Passpoint, Boingo has Austin FC covered, and we’re proud to play our part to provide a next generation connected fan experience.”

The Austin FC soccer park and stadium will require a total investment of $260 million. In addition to hosting Austin FC, the venue is designed to accommodate other sporting events, concerts, community activities, and cultural events.

Austin FC joined Major League Soccer (MLS) as the 27th club in January 2019 and is the City of Austin’s first major league team.

Revenue from the distributed antenna system (DAS) segment accounted for 37% of Boingo Wireless’ overall revenue in the first quarter of the year, up from a contribution of 36% in the year-ago period. DAS revenue totaled $22.2 million in Q1, down 7.9% compared to the first quarter of last year.

The company had added 1,400 new DAS nodes in the first quarter, bringing its total DAS nodes live to 39,500. During Q1, Boingo added one new DAS venue to its backlog for a total of 61 DAS venues in backlog.