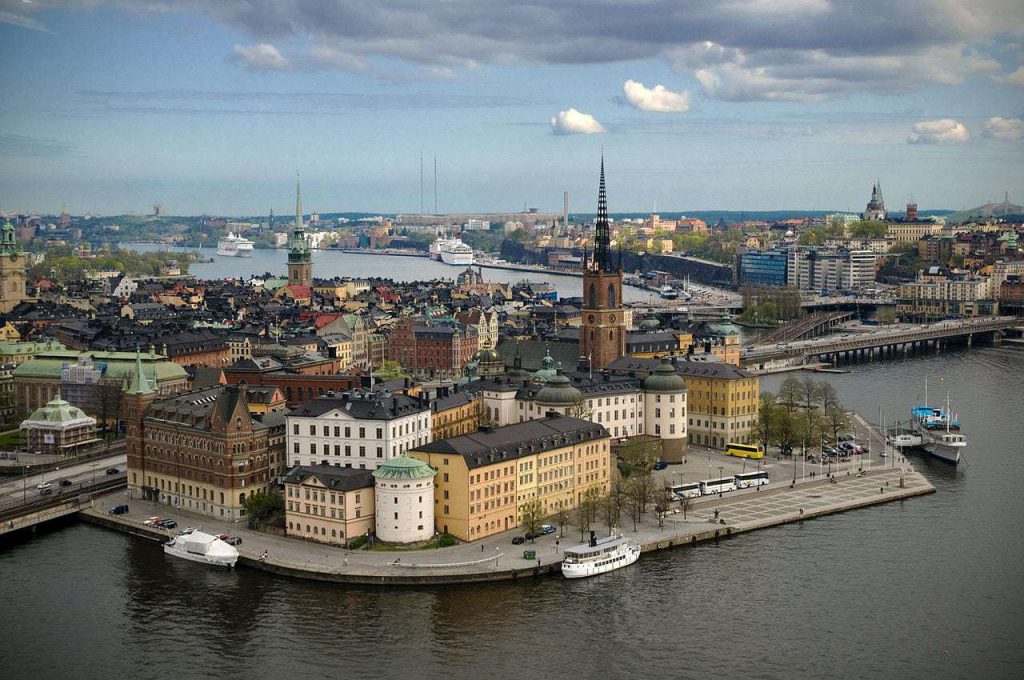 Stockholm is a ‘lighthouse city’, alongside Cologne and Barcelona, in the European Commission’s GrowSmarter project, one of three to receive support in the first ‘Smart Cities and Communities’ (SCC1) call under the Horizon 2020 funding stream, the biggest innovation fund in Europe, with €80 billion allocated through to the end of its term in 2020.

GrowSmarter, with a fund of €25 million, seeks to demonstrate a dozen smart city solutions, in energy, infrastructure, and transport. It ties in 20 industrial partners in these verticals; the work is to establish business cases for ‘follower’ cities. It kicked off at the start of 2015, and winds up at the end of 2019.

To an extent, Sweden’s capital, Stockholm, has been a leader in the fight against climate change, already, with well-designed action plans and policies to better environmental targets in place for 30 years; carbon dioxide emissions have been cut by 25 per cent per citizen since 1990, it reckons.

But the city is challenged, like every urban centre, by a rising, ageing population, and ways to serve it, whilst at the same time meeting the United Nation’s ‘sustainable development goals’ (SDGs) for cities. “The long-term aim is to become completely fossil-fuel free by 2040,” says Mika Hakosalo, site manager for the Stockholm leg of the GrowSmarter operation. Its smart-city work with GrowSmarter is showing the way.

Hakosalo is responsible for coordinating ‘smart solutions’ that bring Stockholm in line with the SDGs, and show the way for follower cities. He has worked with “city issues” since the end of 2013, and full time since 2014. “I’m working on operational level, doing practical stuff,” he says. Since 2016, the city’s broader strategy for connectivity has also come under his remit.

“We had no vision or strategy for a sustainable smart city [to begin with]. The vision for the city, that it wants to be smartest in the world by 2040, came late in 2015. From there, from 2016, we started to define the strategy, and the city council made clear in 2017 that we put citizens at the centre of it, and create the highest quality of life for them,” says Hakosalo.

This is simplistic, of course; everything comes into play when ‘lifestyle’ is the key measure, and personal and civic wealth are, as ever, an essential part of the equation. “The other part is to be the best place for business – to promote innovation and get things done,” he says. It is a broad challenge – “ecological and financial stability, democratic and social sustainability”.

But everything in the city’s GrowSmarter programme is geared towards lowering emissions, in the end, and Stockholm is showing the way most clearly with buildings and energy management, and novel waste and transportation methods.

A third of Europe’s housing stock was built between 1950 and 1970, says Hakosalo; by refurbishing older buildings, using latest construction techniques, GrowSmarter reckons it will reduce energy usage by up to 75 per cent. Under the project, Stockholm has started to reformat its housing stock, much of it from the early 20th century, in three downtown demo districts, in the Årsta, Slakthus and Valla Torg areas.

“The idea was that these buildings are quite typical, so we can scale-up elsewhere in the city, and the rest of Sweden – and really all of Europe, since these old-brick structures are found in most European cities,” says Hakosalo.

Energy data is being transferred to a Veolia Hubgrade energy control centre. The city is providing private and commercial residents with information on real-time energy usage and waste levels to encourage closer management of their energy usage; it is also seeking to use this data in pricing so biggest polluters pay the most, and incentivise residents to further reduce waste and energy consumption.

In tandem, IBM has supplied an open big data platform, as part of the project’s ‘integrated infrastructure’ strand, where real-time data can be analysed and turned into practical use cases, mainly to reduce transport emissions. The theory is additional data-sets will be patched in, and new innovation around sustainability issues will thrive.

The city is also investing in local energy production and storage to make up localised energy shortfalls and even-out peaks and troughs in demand. It has combined photovoltaic panels with electric vehicle charging and energy storage. It has started to buy waste heat from energy-hungry data centres and supermarkets, to run back into district heating systems. Heat from Facebook’s data centre is being harvested in the city; other data centre providers have been invited to set-up camp, and heat the vicinity,.

Construction materials make up 30-40 per cent of goods moved around modern cities, GrowSmarter calculates; a centralised logistics depot in Stockholm will cut emissions drastically. Colour-coded waste bags from city apartments and commercial buildings are now being transported underground, sorted optically and recycled appropriately – with bio-gas being made available via scattered bio-gas filling stations to vehicles across the city. Usage of hybrid-electric and ethanol fuelled vehicles for goods transportation will also reduce emissions.

In sum, Stockholm’s approach to sustainability is progressive, and its green credentials are arguably unmatched.