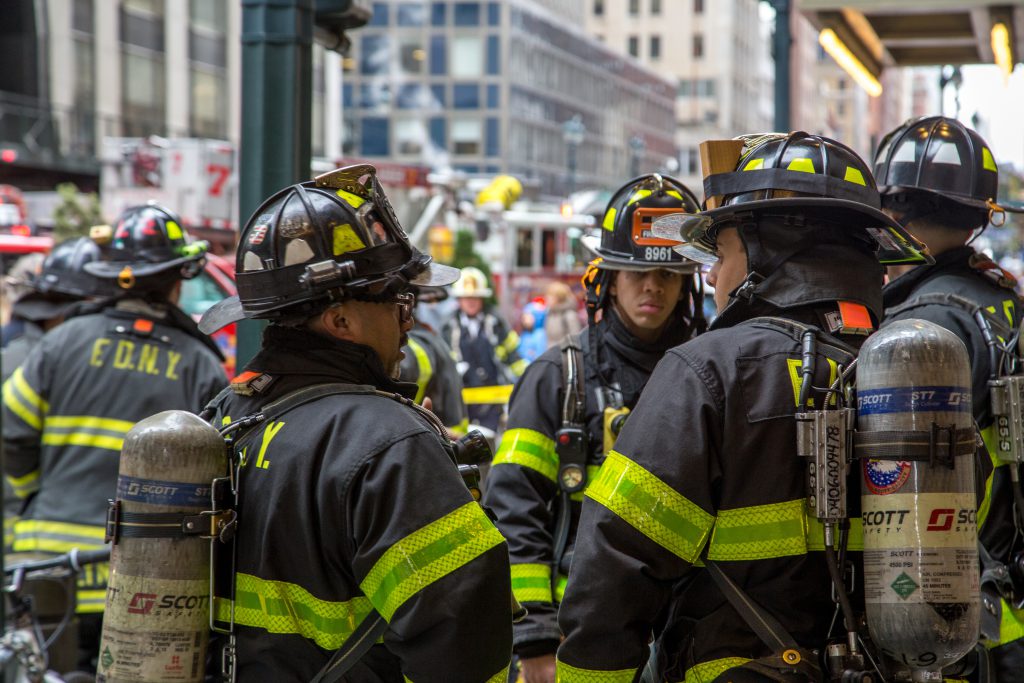 When it comes to public safety most commercial building owners think about exit signs, fire extinguishers, alarm systems and implementing an effective fire safety plan. While these components are essential, experts say connectivity or the ability for first responders to be able to communicate with one another inside a building and externally can be far more crucial in critical emergency situations.

As new public safety compliance standards emerge, building owners must have a viable means to meet these requirements.

“Public safety in-building communications is about being heard when it counts and matters most. What building owners need to ask themselves if someone sends an emergency mass communications message will it effectively reach occupants, when someone calls 911 can the person on the other side hear them, and can first responders effectively use his or her radio frequency technology inside of commercial office buildings to effectively communicate with one another,” said John Foley, general manager of the Safer Building Coalition (SBC), who was among the panelists at the recent In-Building Tech launch event in Dallas, Texas.

Essential building materials such as metal, low-emissivity glass and even the concrete between floors, inhibit the transmission of cellular signals inside of commercial office buildings leaving their occupants vulnerable to higher risk during emergency situations.

Building owners can solve connectivity problems by installing a fiber infrastructure throughout the risers in their building, which enables the use of distributed antenna, small cell and other cellular systems to boost building’s connectivity and enhance the RF transmissions used by first responders.

The migration towards a fiber-based infrastructure is also being driven by a need for firemen, EMTs, and police departments to work together and in order to address emergency situations. This level of interoperability among public safety agencies is causing regulatory changes towards open standards and systems that can bring these departments together, said Shawn Kelley, communications specialist at the City of Dallas Fire-Rescue Department.

While these infrastructure changes may cost more money, it’s important that building owners understand the costs and benefits of deploying these systems in the long run.

“These systems prevent property loss and save lives. Its an investment to put it in but, it makes a big difference going forward,” said Ken Rehbehn, principal analyst at Critical Communications Insights.

As zoning officials determine which facets of technology, including FirstNet, a dedicated LTE network for first responders, for mission-critical situations, building codes are likely to change and require an increasingly robust digital infrastructure.

There are also other public safety benefits of upgrading to a fiber-based infrastructure such as increased operational efficiency and interoperability.

“FirstNet is being leveraged to provide public safety, but it can be used for operational efficiencies. When I talk to budgeting departments about reducing the time by an hour and a half each day by cutting the time it takes for offloading body cameras, and geo-fencing, the budgeting departments eyes light up. It’s not just about when there is an emergency happening. We are moving into another data-rich world,” said Foley.

A fiber-based infrastructure can also ease the transition for building owners as new technologies emerge into the marketplace.

Shortly, first responders will be able to leverage this infrastructure to learn where fire hotspots are within a burning structure and identify where occupants are clustered during an emergency through the use of data and digital devices and sensors.

One of the first steps towards the provision of better public safety connectivity is for owners to test their buildings for cellular and wireless connectivity especially in areas which may be different from those in a more general assessment such as back hallways and staircases.

Owners should also create a connectivity plan and know the condition of components such as risers, fiber, and conduits so as new technology or regulations emerge they can adapt quickly.

“It’s all going to use the same bones as long as you have a good infrastructure in place it won’t matter if its 5G or FirstNet, you will be ready,” said Foley.