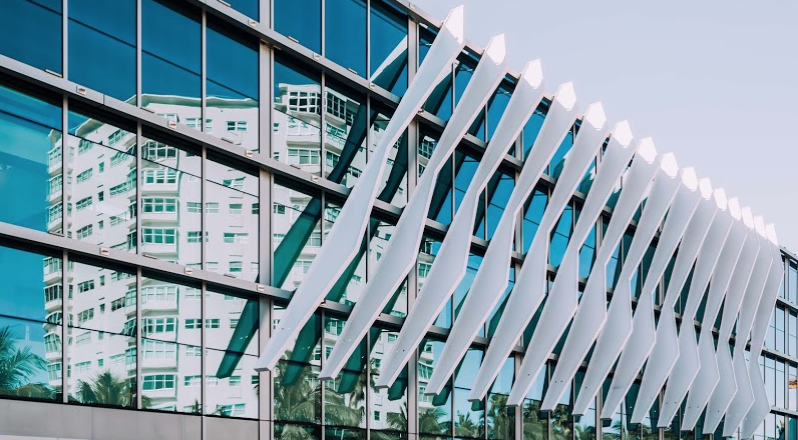 As work on the $620 million transformation of the Miami Beach Convention Center (MBCC) enters the home stretch, management certainly did not overlook one essential component – connectivity.

Behind the 500 aluminum fins arranged to mimic nearby ocean waves and colorful interior spaces such as a vortex-shaped multimedia screen and starry-night ceiling effects in the ballrooms exists a highly advanced optical fiber connectivity infrastructure.

MBCC has invested in a state-of-the-art enhanced high-speed internet cabling and cellular backbone with the aim of making the convention center one of the most technologically advanced in the world.

“The capabilities of this network upgrade and its unparalleled connectivity is the final piece of the Miami Beach Convention Center’s re-imagine process over the past two and half years,” said Dave Anderson, senior vice president of Spectra, the convention center’s management firm.

MBCC’s new network will have the capabilities to support large-scale data and technology needs of the industry’s most complex events, the company says.

The new center will have a  wireless network capable of supporting up to 64,000 concurrent devices throughout the facility and a 10-gigabit, fully-redundant internet connection with the ability to provide scaled bandwidth independently within the area of the building which is serviced over a redundant self-healing ring, operated by Hotwire Communications.

“Our network design in Miami includes new redundancy features that will ensure flawless performance during the largest and most challenging events,” said Mark Haley, President of Smart City Networks.

It will also have an established wireless link using Airfiber to ensure that the connection is triple redundant, 20-gigabit uplinks to each edge switch with failover to 10 gigabits, and built-in internet circuit redundancy that includes secondary circuits and redundant pathways into the facility which were designed and supported by Hotwire Communications

The project is scheduled for completion in early September to coincide with the final renovation of the facility.