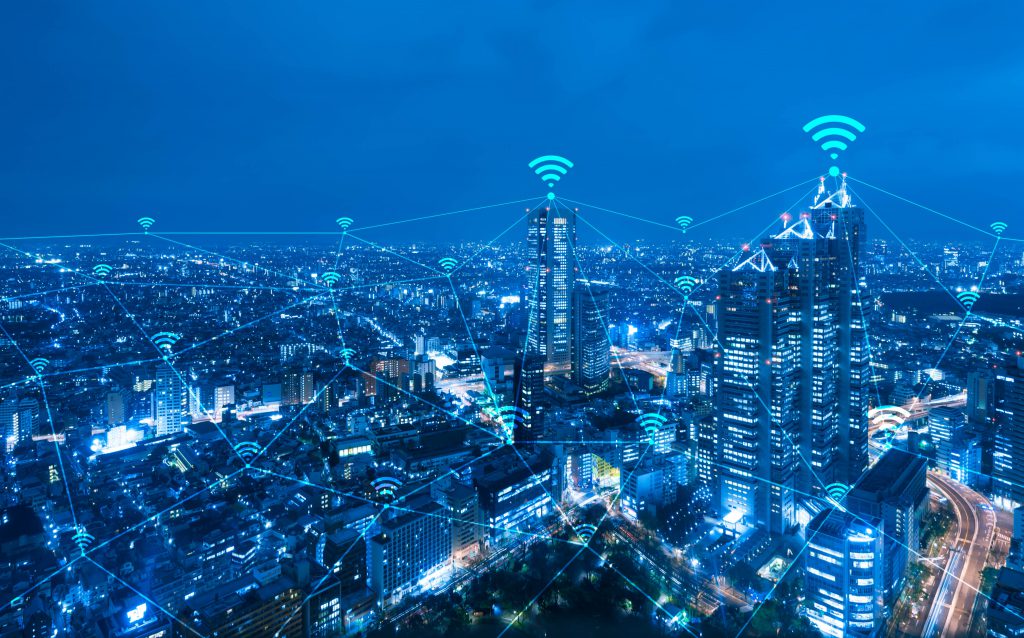 With more than 75 billion devices connecting to the internet of things (IoT) by 2025, the use of IoT devices among occupants and equipment in smart buildings is expected to expand dramatically. Narrowband IoT known as NB-IoT or LTE-M2 has become one of the best network technology options for IoT connectivity in commercial and industrial buildings globally.

What is narrowband IoT (NB-IoT)?

NB-IoT is an LPWAN technology that operates independently in unused 200 kilohertz bands that have previously been used for Global System for Mobile Communications or on LTE base stations allocating a resource block to NB-IoT operations.

Designed by telecommunications providers like Vodafone, Qualcomm, Ericsson and others who put together the standard in conjunction with 3GPP, NB-IoT offers several benefits when compared with existing LTE technology.

NB-IoT increases the power battery life of IoT devices drawing less energy and saving power costs due to its simpler waveform which consume less power. This means that not only can building owners benefit from lower power costs but also decreased in labor costs as the frequency of changing batteries in IoT devices used smart industrial and commercial declines. ?In addition, NB-IoT chips are simpler to create and for this reason cheaper.

Compared to LTE-M1, NB-IoT also has lower bitrates and better link budgets, can directly connect sensors to the base station, eliminating the need for additional equipment while providing better transmission in coverage locations like basements and cellars.?

NB-IoT can be used in a diverse set of applications including smart metering for utilities such as electricity, gas, and water, facility management services, security in commercial properties, occupant tracking and connecting industrial appliances and systems.

The connectivity solution is especially effective at connecting smart building IoT devices to city and municipality systems such as smart gas and water meters, lighting, parking, and air quality monitoring which require small amounts of data to be transferred over long distances in areas with poor reception.

T-Mobile US completed the first US live network tests of NB-IoT with Qualcomm and Ericsson in partnership with the City of Las Vegas in 2017.

The Las Vegas deployment included the use of sensors to provide flood?early warning and fault detection in storm drains, powering the city’s LED lighting and monitoring temperature, humidity and environmental gases through devices placed on top of lighting poles.

Since the U.S. has already invested billions into LTE networks it’s less likely that NB-IoT will be adopted on a wide scale. ?However, there are many areas around the world with less LTE, where larger GSM deployments can be used to find unused bands to leverage for NB-IoT enabling innovators to find affordable entry points in new markets globally.