You are here: Home / Multi-Family / How the IoT is enabling smart buildings 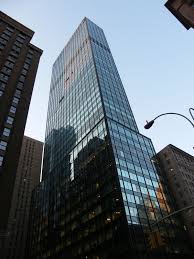 The continued perpetuation of internet of things (IoT) implementations is bringing to life digital transformation across nearly all enterprise and industrial verticals. In the case of smart buildings, in-building connectivity, IoT sensors and cloud-based data analytics are creating new levels of efficiency and automation for facilities managers while simultaneously creating new and more engaging experiences for building users.

Building management systems or building automation systems serve as the backbone of smart buildings. But often these systems, particularly in older buildings rather than new construction, can create a challenging integration problem given the deployment of new technologies in tandem with legacy systems. To solve this integration problem, smart buildings innovators are taking an open-source approach to data integration, analysis and action. Consider the work Prescriptive Data is doing with Rudin Management Company, a New York City-based firm that owns more than 15 million-square-feet of commercial real estate in the coveted metropolitan area.
Prescriptive Data reps, on hand recently at the Realcomm event in Las Vegas, Nevada, explained how the company’s building operating system, Nantum, was employed by Rudin beginning in 2013 to drive efficiencies across its portfolio starting with 345 Park Ave., a Class A building covering 1.8 million-square feet. Some of the key building systems include a building management systems, IoT sensors, smart meters, a fire alarm system, 36 elevators and turnstile access.
According to information provided by Prescriptive Data, “Before Nantum, these systems did not have the ability or intellect to maintain historic data, communicate across protocols, or make operational adjustments abased on holistic, real-time building contains.”
Prescriptive Data took on the task of the integration, data normalization and validation. The results, according to the company, include an 80% reduction in hot/cold calls, a 9% reduction in electric consumption and a three-year savings on energy of $1.8 million. “The Nantum operating system has given our building operators the tools they need to run buildings at maximum efficiency,” Rudin SVP of Operations Gene Boniberger said, “while streamlining their current workflow.”
So what does that look like in practice for the men and women charged with keeping large buildings up and running? Prescriptive Data explains in a case study that “building engineers…previously had to roam the buildings with pencil and clipboard to check the status of key systems. If something went wrong, it might take an entire workday for the engineers to field a tenant complaint, diagnose the problem, and address the issue. Now, engineers can monitor the entire building from a tablet. Automated alerts ensured that problems got immediate attention and a quick resolution.”