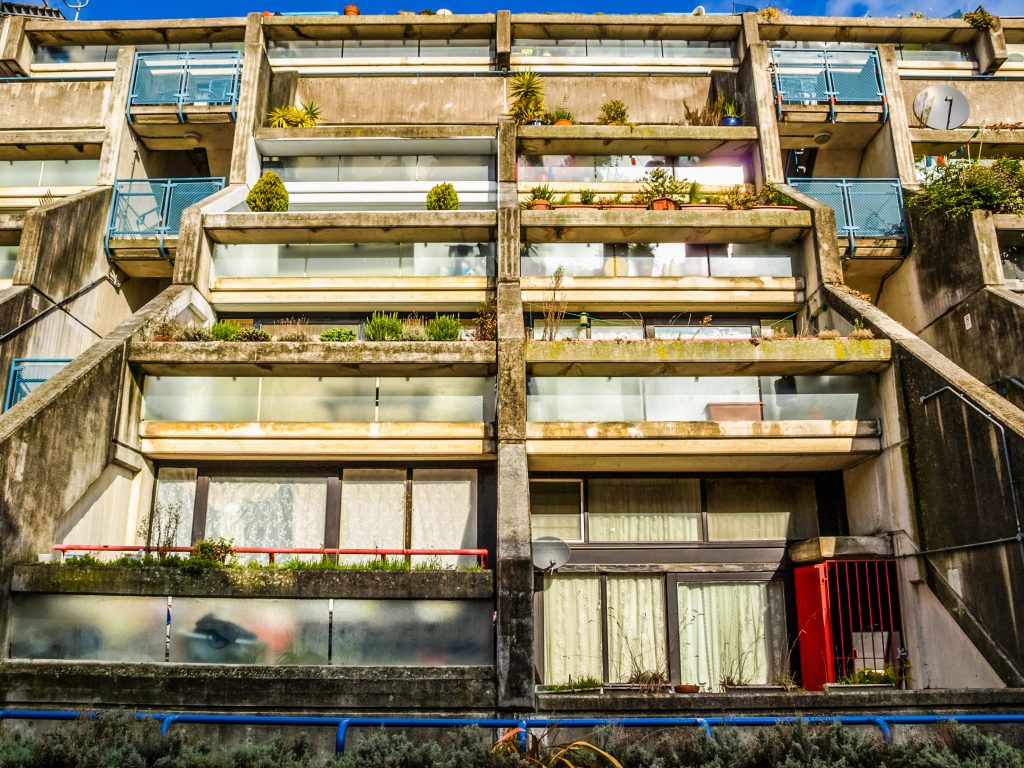 While the majority of smart building applications today aim to create solutions for enterprise-level customers, a U.K.-based firm is using smart building technology to tackle the problems of poor property conditions related to public housing in urban areas.

Pinacl, a digital and smart building solutions provider, is tackling the nation’s public housing challenges by utilizing sensors and IoT gateways to create a digital property management solution that provides real-time data to housing providers about the well-being of social housing properties and their tenants.

“The solution came about from out a discussion from landlords and local councils. The first priority was to help them monitor and maintain their housing stock,” said Mark Lowe director of business development at Pinacl.

As the majority of the world population, nearly 62%, moves to urban areas by 2050, cities and municipalities are experiencing an increasing demand for public housing.

In the U.K., registered public housing providers who in many cases are municipalities that own large portfolio stock housing complexes are overwhelmed with the task involved in maintaining, updating and managing their assets.

“In some cases, less than 10 people were responsible for visiting and inspecting more than 1,000 properties and often when they enter the property it is already too late as mold and dampness has already damaged the homes,” Lowe said.

Poor property conditions result in severe problems for both property owners and deteriorate tenant health, resulting in the need for constant refurbishments which cost millions of dollars every year.

The company’s comprehensive solution installs up to four sensors in kitchens, bathrooms and living areas, and can monitor humidity, temperature, CO2 and movement through an IoT network which feeds data to a dashboard application pre-empting the incidence of long-term damage and costs related to unhealthy environmental conditions.

Pivotal to the overall solution is MultiTech’s IoT gateway, MultiConnect® Conduit® which is used to transfer the data from the sensor to the IoT dashboard. Each Conduit gateway has the ability to manage thousands of MultiConnect® mDot™ LoRaWAN modules and other sensors and transmit their data over any cellular network to a customer’s preferred data management platform.

“We were impressed by MultiTech’s comprehensive range of IoT Gateways which offer excellent functionality and performance along with robust security at the heart of their design,” said Alasdair Rettie, technical director at Pinacl.

Multitech’s gateways within Pinacl’s LoRaWAN network solutions have enabled the company to scale while ensuring exceptional visibility and control on the transfer of data from the sensors to the end IoT applications, Rettie added.

The sensors, which alert municipalities when unhealthy levels are reached, also provide an essential service to public housing providers enabling districts to monitor tenant movement and CO2 levels.  Sensor readings of each room are taken every 30 mins, and data is aggregated every six hours and stored up to 90 days, and the municipalities determine the thresholds for these alerts.

The CO2 sensors inform municipalities when a property is vacant or is being occupied without authorization and address an issue known as “fuel poverty, “ which is when vulnerable populations such as the elderly don’t put on heating due to fuel costs and will only warm one room which is unhealthy for both tenants and buildings.

Potential to move beyond public housing to healthcare

“We are on a bit of journey part of our journey to prevent damp and mold. Thinking beyond property condition and fuel poverty, the solution can help us to provide better healthcare outcomes in the future.  A high percentage of U.K. residents in public housing are also part of the social care system,” said Lowe.

In a new partnership, the company hopes to expand its role from social housing to social healthcare and use its technology to serve as a watchdog for the elderly and those with dementia.

The company currently has trials in ten housing associations in approximately 300 units.

While there is no documented ROI at this time due to the operation being in its first-year, public housing organizations are investing in the technology said, Lowe.

“Whenever we’ve presented a pilot or a large scale roll of the technology we have not gotten any rejections,” Lowe said.