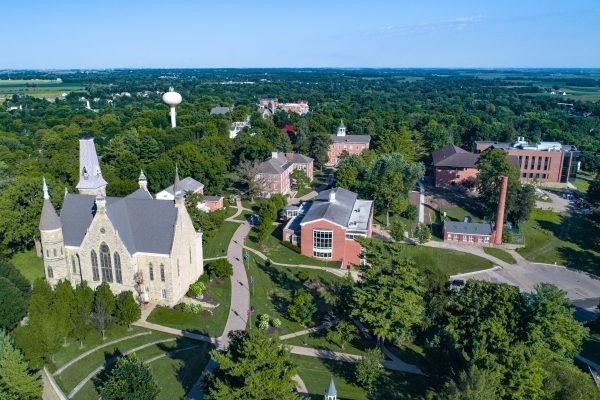 Johnson Controls, a global provider of solutions for smart buildings, is making infrastructure improvements at Cornell College in Mount Vernon, Iowa, to help improve energy efficiencies throughout the campus, the company said in a statement.

The firm said that updates began in August with plans to remove buildings from steam heat use by the end of November 2019 and the full project is scheduled to be completed over the next year.

The $5.9 million in infrastructure improvements are enabled by a Contingent Payment Program (CPP), an innovative funding alternative to traditional debt financing that fully transfers risk to Johnson Controls.

In addition to removing the campus steam plant, upgrades include installing high efficiency boilers, LED lighting fixtures throughout the campus and window replacements in the Old Sem and College Hall buildings. These improvements will help to reduce energy usage by 20%. The CPP guarantees that the infrastructure upgrades will produce savings that can help repay Johnson Controls for the project over the 18-year term agreement.

?Contingent payment programs are unique in the marketplace because we don?t get paid unless we produce the agreed-upon result,? said Aaron Rittenhouse, Midwest Program Leader for Johnson Controls. ?If there?s a shortfall, we have an obligation to fix the reason for it and if we overperform, Cornell keeps that revenue. The risk is fully transferred to Johnson Controls to allow Cornell to focus on their mission.?

Johnson Controls will continually monitor progress and provide a report every year to ensure the company?s projects are providing the agreed-upon savings.

Johnson Controls recorded revenues of $2.32 billion in its North America building solutions segment in fiscal Q3, slightly up compared to revenues of $2.24 billion in the same period the previous year , according to the company?s latest earnings release.

The company highlighted that growth in this segment in North America was driven by strong growth in HVAC & Controls and, to a lesser extent, growth in Fire & Security. At a global level, the company recorded revenues of $6.5 million in the third fiscal quarter, an increase of 3% year-on-year.

In a conference call with investors. the company?s chairman and CEO, George Oliver said that Johnson Controls? ?continue to see good underlying growth in the core HVAC and Fire & Security end markets across most of the regions.?