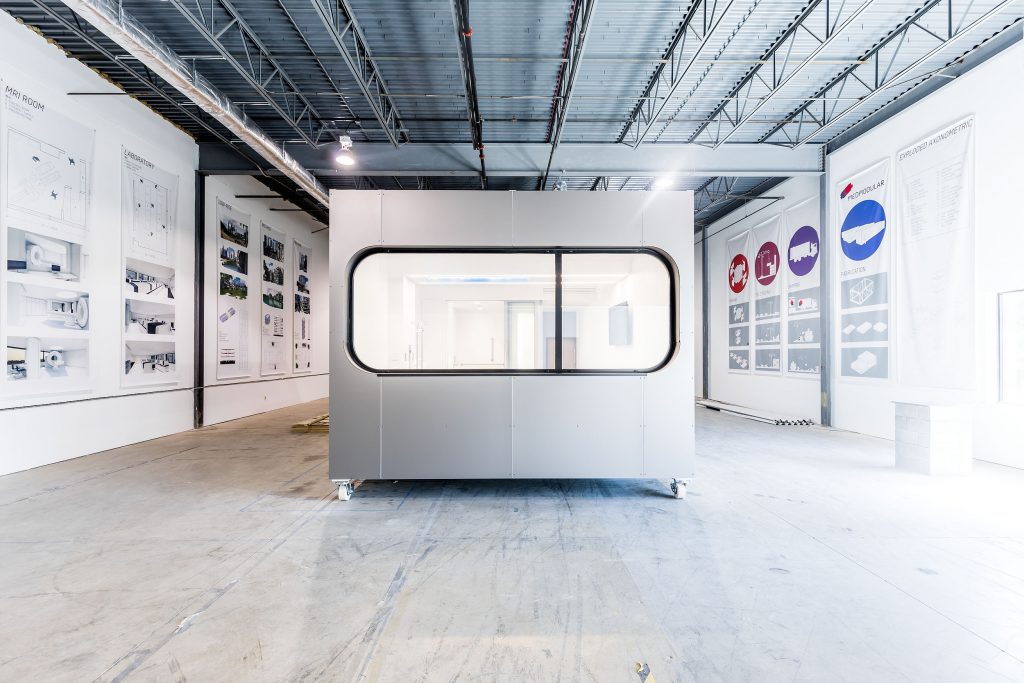 Healthcare facilities are some of the most expensive projects built today. With the average construction costs per square foot ranging from $400 to $1,000, building a new 500-bed hospital can cost more than $1 billion.

While healthcare facility costs do vary somewhat depending on size and service, the process is often plagued with inefficiencies and significant delays resulting in cost overruns.

“With the completion of our first prototype, we’ve proven that a modular and smart hospital room is possible,” said Grant Geiger, founder and CEO of EIR Healthcare in an interview with In-Building Tech.

The rooms come equipped with features designed specifically to improve healthcare outcomes such as automatic sliding doors to reduce infectious contact, frosted privacy glass, non-porous surfaces to minimize bacterial growth, a daybed with smart window and other controls and even a programmable ceiling that enables patients to set blue skies designed to improve patient recovery.

“The common denominator in the hospital construction is the patient room and that’s also where patients spend the most amount of time so it was natural for us to focus on this aspect of construction. We are now reaching a point where the patient experience and outcomes are directly tied to reimbursement. Improving upon patient experience in the hospital room can create better outcomes for both patients and healthcare providers” said Geiger.

The company says its patient rooms are delivered 90% complete and are wired with smart technology that can be easily integrated into any healthcare facility’s infrastructure.

While the company’s smart patient rooms are priced competitively at $500-$600 per square foot, the primary driver for cost savings is Medmodular’s 40% faster completion rate that which enables health facility builders and developers to repay their construction loans much faster says Geiger.

“When you take a look at the healthcare industry it’s very time intensive to build hospital facility. It can take anywhere from five to eight years to complete. We can build out our prototype in the factory setting and deliver it 95% complete in 30 days,” Geiger said.

Geiger credits the idea of a modular hospital room to his now deceased father who underwent routine eye surgery and realized that there were significant opportunities to improve the patient experience in hospital rooms.

The smart rooms are manufactured by Admares, a leading provider of modular cabin rooms in the shipbuilding industry, headquartered in Finland, known for its innovative modular design and speed to build capacity said Geiger.

“It takes two years in the shipbuilding industry build 4,000-bed cruise ship- compare that to five to eight years it takes to build a hospital,” Geiger noted.

The patent-pending modular hospital rooms will be unveiled at an October event in Philadelphia and that EIR expects to build a micro hospital using the technology in one of the five US states.