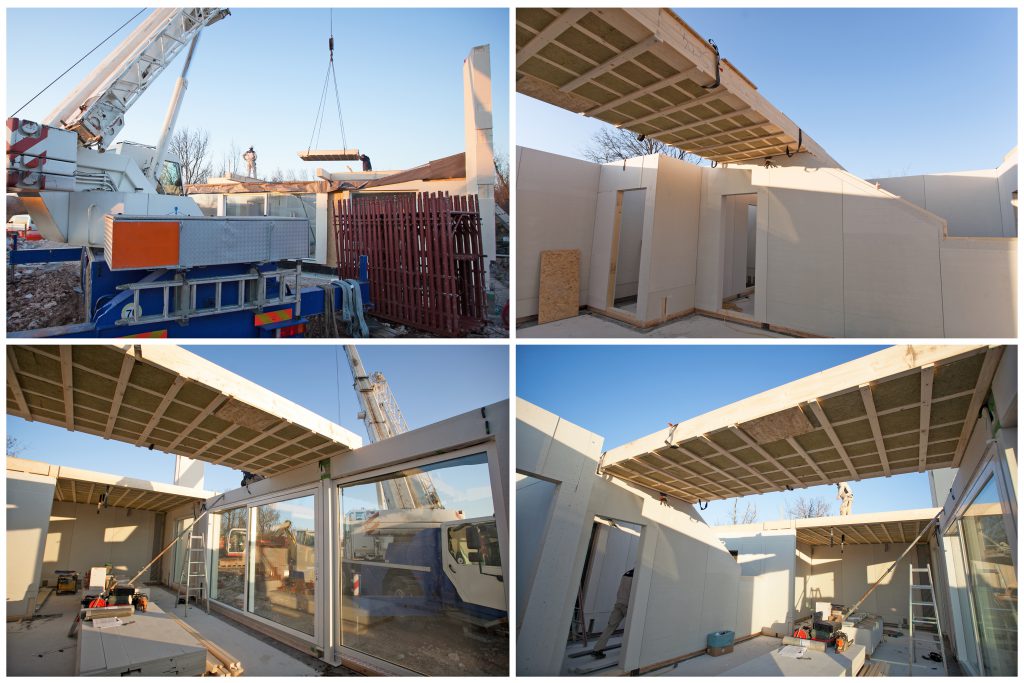 As deadly wildfires continue to ravage homes in California’s Malibu coast, a new construction technology startup is building modular homes that can stand up to wildfires, floods, and other natural disasters. Boxabl, a Las Vegas-based company, has started prototype production of modular fireproof home systems, which the company refers to as the Universal Building Box.

“We believe our home-building technology should be the default for builders in areas prone to fire risk. If people are rebuilding homes that were previously burned by a wildfire, they need to consider fireproof building methods. No more homes need to burn,” said Galiano Tiramani, director of business development at Boxabl.

The Box is a modular home construction process in which individual rooms are built in the factory and then shipped and assembled on site. The company claims that its new buildings are completely fire-resistant, with an A1 0/0 flame rating.

In addition to fireproofing, the new prototypes will also be energy-efficient and flood, wind and impact resistant, making them suitable for extreme weather conditions.

The building blocks or rooms, which can be made to any size and shape, are laid side by side or on top of each other like Lego blocks and are equipped with 9.5-foot ceilings, electrical wiring and door cutouts which can be transferred into kitchen layouts, adapted to exterior siding, and finished with stucco and stone.

The wall panels are created from a single mold in less than 2 minutes and are laminated with a magnesium oxide wallboard, forming a product that is fireproof, waterproof, mold- and termite-resistant, according to the company.

“It’s all about bringing the efficiency of mass production to the construction industry and crushing construction costs by as much as 50 percent,” said Tiramani. “Even modular homes that are built in a factory are built just one at a time. Our solution is to fold up the homes we build and ship them via truck or by rail all over the country.”

These prefabricated homes provide a range of options, from temporary or emergency housing to short-term pop-up stores and offices and high-end semi-custom homes.

“There just may be a Boxabl for every situation,” says Tiramani.

Tiramani hopes Boxabl will catch the attention of the growing production-builder market by appealing to that segment’s focus on economies of scale.

Use of modular rooms in natural disasters

The shipping costs are also lower for Boxabl’s modular units, compared with those of entirely pre-fabricated homes and ease of transportation due their smaller size — which is especially beneficial in areas decimated by natural disasters.

“We can ship a thousand Boxabls to a nearby empty field, where they are unpacked and unfolded and immediately provide emergency, temporary housing for displaced people. As the situation settles and those residents move back home, the Boxabl’s can be packed up to use again another time,” said Tiramani.

The company says it also has plans to scale and work with major developers to design and build subdivisions with different model homes in the near future.