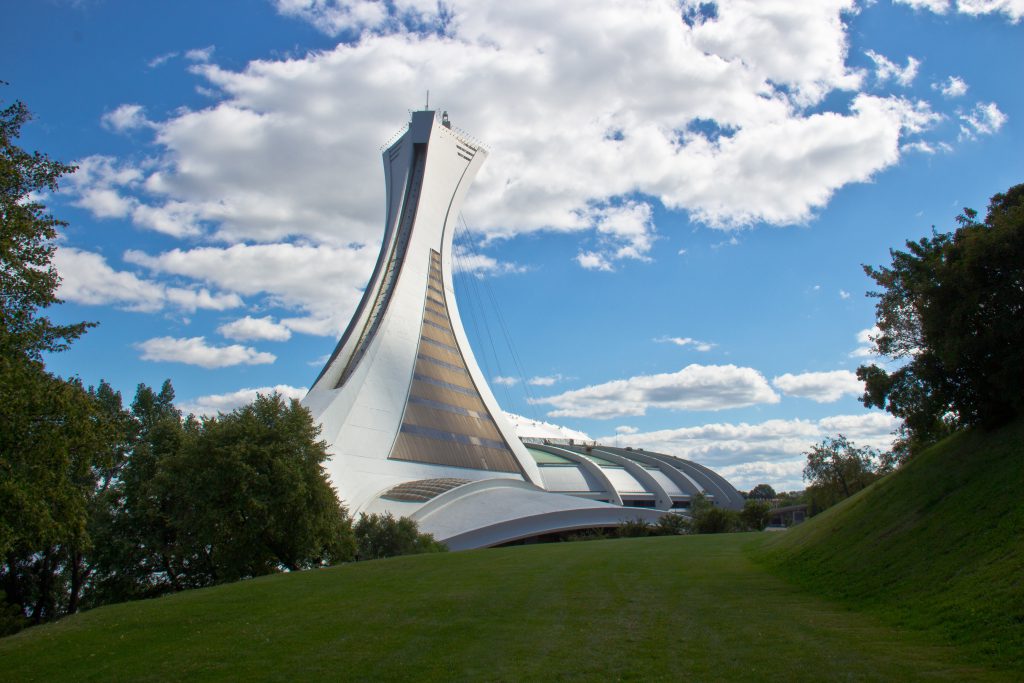 When you think about the billions of dollars that big tech spends creating over-the-top amusement park-like complexes, it’s clear that recruiting the best talent in the industry requires more than just a great compensation or bonus package – it’s all about building a smart workplace.

As more companies try to appeal to an increasingly tech-savvy workforce of millennials, more employers are looking to smart building technologies to create desirable workplaces designed to attract and retain talent.

Desjardins Group, the largest federation of credit unions in North America, is among one of the many employers using smart building technology to drive a digital transformation within their organization.

Motivated by a need for more space and attracting top talent, the company decided to relocate 1600 employees into seven floors at Montreal Tower, the former Olympic stadium and tallest inclined building in the world.

While the relocation was a significant step towards creating a modern workplace, it was a dramatic change for employees.

“We developed a workplace app for employees who were working in a three-floor building many years in assigned offices that were suddenly moving into the Montreal Tower on seven floors with no assigned seating. Many needs came out of that move and we decided to accompany the change with a smart building mobile workplace app,” said Serge Bendahan, advisor of Senior Business Strategy at Desjardins who discussed the company’s digital transformation into a smart workplace in a webinar Building a Smart Workplace – Best Practices with Desjardins.

Desjardins used geo-location mapping and occupancy and asset tracking technologies to optimize for worker productivity while meeting the needs of its workforce.

Together these technologies enabled the company to create a frictionless workplace.

The smart workplace app’s features include the ability to identify open work areas and desks, save-time during lunch breaks and report maintenance issues.

Many of the company’s employees who formerly worked in private offices and cubicles expressed concerns about how they would find their friends and colleagues in an open work environment so the company created features in the app which would enable occupants to locate one another easily.

However, the app’s biggest win was its ability to reduce time wasted in line waiting for lunch orders by offering a pre-ordering service for more than 800 call center agents through the app.

“Two-thirds of our workforce comprised of call center agents had a very regimented work scheduled that required them to be on the phone with set lunch breaks of 30 minutes. Saving seven minutes out of 30 for 800 to 900 employees has been a big winner for this app,” Bendahan said.

The road to digital transformation is not just technology, it’s a cultural change

The road towards a smart workplace required an intensive four-month-long consultation process with employees and a communications strategy that kept employees engaged in the decision-making process.

“Digital transformation is not just technology, it’s a cultural change,” said Bendahan. “A key success factor was that we were able to consult and involve our people through consultation platforms and enable them to voice their opinions on things like chairs to projector screens which allowed us to create ownership and excitement. It was their project.”

Part of Desjardins innovative communication plan was to create a 13 episode TV series designed for the company’s millennial workforce.

“With nearly 900 people on the phone most of whom were millennials, it was imperative to create a communication strategy targeted to our audience. Millennials don’t read emails; they are using social media, so we filmed a TV series with 13 theme episodes about the project,” Bendahan said.

Desjardins addressed workplace privacy concerns by defining ground rules about how and where the app was going to locate people. For example, an employee’s position would not be measured in the closest location that leads to a washroom.

The company also created an innovative app feature around the concept of friend versus colleague. If you are identified as a friend on the app, your location would be visible to the other party. However, if designated as colleague then the other user would not be able to see your position.

Testing the workplace changes was also important to Desjardins. The company transformed its first floor offices into a lab with six to seven types of workspaces including meeting rooms, open collaboration areas and allowed their employees to test everything from chairs to treadmills and of course the app.

“It’s easy to code something thinking it’s going to work but having a place to test the app was critical,” said Bendahan

Today more than 1100 employees are using the app and with 40% participation rate at peak times and insights derived from the app’s occupancy features is helping Desjardins to save costs and improve their bottom-line.

“The ability to predict with 80% accuracy that the occupancy level is at 60% is huge for us. I have eight floors and only need six, that’s where we can save money,” he said.

Desjardins also plans to add wayfinding features and third-party integration to create a frictionless guest visitation process and improve the flow of building maintenance processing in the near future.