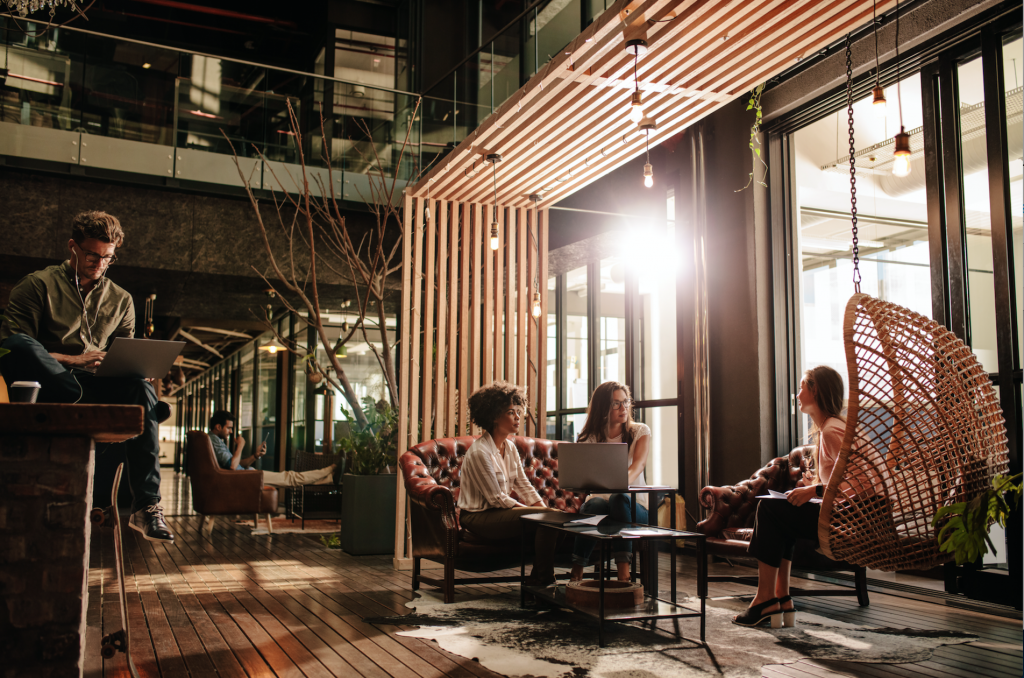 Co-working is becoming a behemoth in the world of commercial office leasing.  A study of 20 metros by Yardi Matrix found commercial leasing of co-working and shared spaces expanded by 62% year-over-year, with a total of 43.5 million square feet of office space rented by co-working operators in the fourth quarter of 2018.

According to the report, co-working has gained footholds in both urban markets representing 2.2% of the total stock and suburban submarkets with 1.2%. Manhattan ranked on top with nearly 14 million in shared space followed by Los Angeles, San Francisco,  Dallas and Seattle.

Compared to available supply or as a percentage of stock, Manhattan again came out as a clear leader at 3.0% consumed by shared space providers, followed by Portland, Miami, San Francisco and Austin.

The report found a strong presence of technology industries in metro areas where co-working was in demand. Most of the metros topping the list have a strong tech industry presence.

Manhattan has more technology workers than any city in the U.S., and the recent announcements by both Google and Amazon in New York City will only fuel more growth. Co-working leasing is also expanding in Texas as both Dallas and Austin become more tech-centric cities attracting both large firms and talent to the region.

The reason why co-working and technology are converging is because compared with other industries start-ups are more likely to prefer short-term leasing and their younger workforce comprised of millennials prefer amenity-rich environments, the report says.

Another significant factor that continues to drive co-working is availability and cost of space. Co-working as a percentage of stock is generally higher in markets in which the occupancy rate is low.

While there seems to be a correlation between occupancy rates and co-working the report notes that, since coworking is a relatively new market segment, it remains to be seen how long the trend will persist.

Many enterprise-level companies are opting for co-working due to the flexibility associated with short-term leases and demand for amenity-rich collaborative workspaces from their workforce.

With unemployment at record lows, competition for skilled and knowledge workers is fierce and highly amenitized workplace environment are becoming far more attractive to workers of all ages who prefer workspaces with a community feel and pleasing atmosphere.

The traditional model which involved a co-working company leasing space from a building owner and then leasing that space in small units to users is now changing as owners become less passive.

While some building owners like CBRE are deciding to launch flex co-working space options themselves, other landlords are entering into a joint venture or licensing agreements.

While remains to be seen if these business models will work in the long-term, one thing is certain co-working is here to stay.