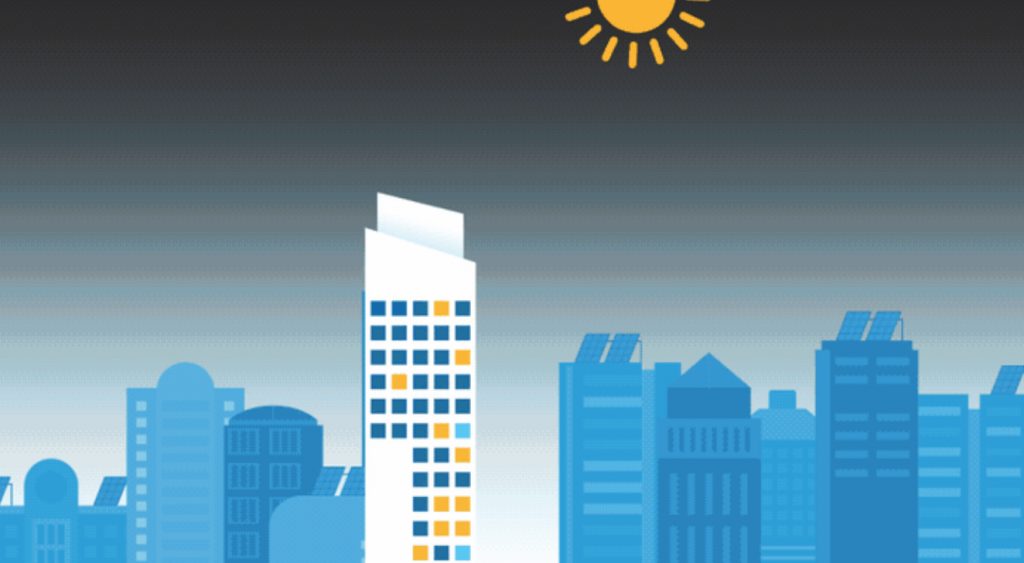 Commercial buildings account for 19% of energy usage in the U.S., with heating and lighting comprising more than 50% of those costs. Despite the decreasing costs associated with LED lighting fixtures and other energy savings installations, many commercial building owners have yet to adopt energy efficient lighting and HVAC systems due to higher upfront costs.

Now AT&T and Redaptive, a provider of an efficiency as-a-service (EaaS) energy savings platform, is enabling companies to overcome the capital costs and installation barriers that can prevent the adoption of efficient building infrastructure such as lighting and heating/cooling equipment to help commercial building owners reduce greenhouse gas emissions.

Through platform integration with AT&T?s Internet of Things connectivity, Redaptive is able to implement energy-efficient building equipment for AT&T and its customers with no upfront capital investment.

In 2018, the company used AT&T?s IoT connectivity to provide EaaS to more than 600 buildings in the U.S., reducing annual electricity use by almost 160 million kilowatt hours, equivalent to avoiding the greenhouse gas emissions from consuming almost 10.7 million gallons of gasoline.

A recent customer deployment of LED lighting at two Connecticut hospitals, part of the Eastern Connecticut Health Network (ECHN), was able to save the hospital system nearly $600,000 in operating costs over the term of the contract.

While the Redaptive?s EaaS solution was highly effective, deploying it required a digital connectivity infrastructure.

The Redaptive platform required a reliable and cost-efficient connectivity solution that could transmit real-time data and, working with AT&T, the company was able to address the complex data backhaul problem that typically required either hard-wired connections from each circuit or the deployment and maintenance of a dedicated Wi-Fi network ? both of which can be costly.

?As we were developing our service, a dependable and sure connection was absolutely critical. We also needed a collaborator that could work closely with us during the development of the service. AT&T was a great fit, bringing IoT expertise and their world-class network, ? stated Arvin Vohra, co-CEO, Redaptive

AT&T collaborated with Redaptive to embed an Internet of Things (IoT) connection directly into power measurement equipment in addition to an LTE connection, which enabled ?Redaptive to transmit data straight to the cloud via AT&T?s LTE-M network, which is designed to extend battery life of IoT sensors up to 10 years and provides wireless coverage in difficult-to-reach areas, such as deep inside buildings and in below-ground storage.

In recent years, the lack of availability of capital to fund the upgrades, a lack of expertise and resources to vet technology, limited internal resources to implement retrofits and difficulty of tracking performance and connecting energy efficiency projects to bottom-line savings have all been significant factors inhibiting the adoption of energy-saving lighting and HVAC installations.

Using the EaaS model, AT&T has been able to install more efficient lighting systems at nearly 650 of their own facilities ranging from data centers to retail stores. In 2017, the program saved AT&T nearly $20 million on electricity costs and avoid carbon dioxide emissions equivalent to taking almost 21,000 cars off the road a year.

?Since 2008, the AT&T Energy Program has aggressively pursued energy efficiency projects at our facilities. There came a point in time when the readily-fundable projects ? those with high return on investment ? were gone. We needed a way to continue the momentum, and EaaS helped us overcome funding hurdles and expand our portfolio of projects tremendously,? stated John Schinter, assistant vice president of Energy, AT&T who acknowledged that often times due to budget constraints the allocation capital to meet energy savings goals can be scarce. ?