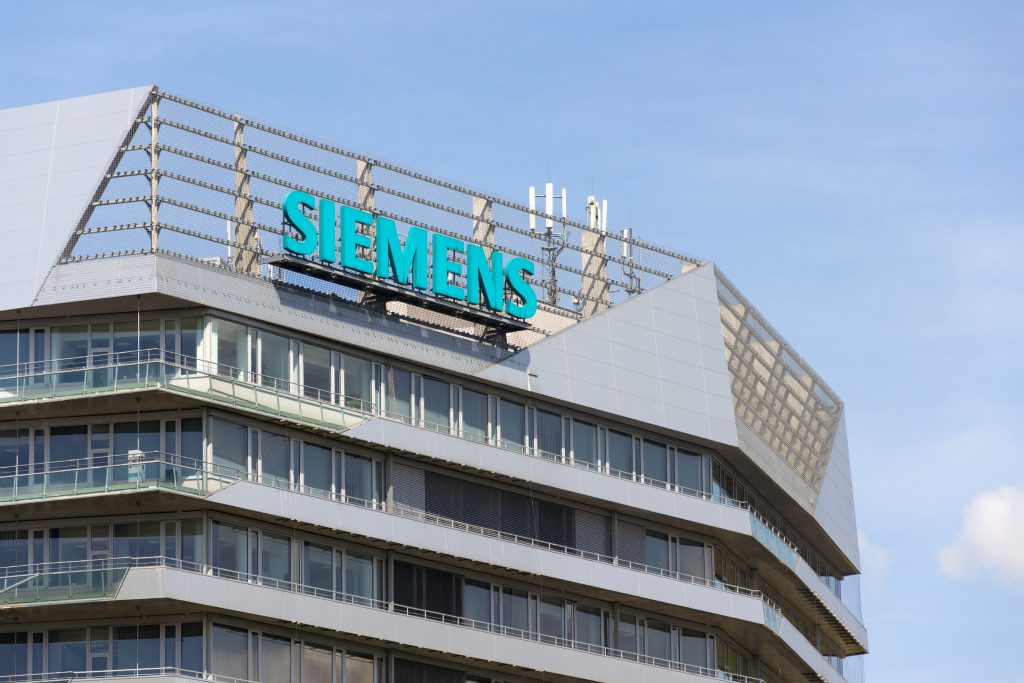 Siemens AG, one of the largest industrial manufacturers in Europe, has acquired three California-based tech firms specializing in smart building technology in the past two months.

The company?s fast-paced acquisitions of Comfy, Enlightened and J2 portends that the intelligent building marketplace is expected to become a coveted sector in coming years.

The global smart building is currently rising at a CAGR of 31.5% and is projected to reach a value of $57.81 billion by 2023, according to Orbis Research firm.

While companies like Honeywell International, Cisco and IBM, GE, and Hitachi are also key players, the series of rapid acquisitions by Siemens seem to indicate the company’s interest in cornering the smart building sector.

On the company?s earnings call last week President and CEO Joe Kaeser talked about the company?s vision and strategy for the smart building sector.

?All three verticals ? power grids, infrastructure, and buildings ? are converging and creating new opportunities, specifically at the intersection of smart buildings and grids. Buildings will become smart spaces and are key energy consumers closely linked to the grid. Distributed energy systems, electric charging, and energy storage will drive growth and value. For the first time, we will bring the product businesses of all three of these verticals together. We expect that to deliver significant scale effects,? said Kaeser.

Below is a brief review of the companies Siemens has acquired in the last two months.

J2 Innovations, the first of three acquisitions by Siemens, is a leading software framework provider for building automation and IoT, headquartered near Los Angeles, California.

The company has been key player in the internet of things (IoT) software business for 10 years, building a strong reputation in the U.S. and internationally notably for its FIN (Fluid INtegration) Framework.

FIN is software used to operate, monitor and control equipment and automation systems for small to large buildings that work from tablets, smartphones, and desktops and is deployable in embedded systems, servers, and the cloud.

FIN is in use offices in more than 20 countries and offers OEMs a fully customizable software framework to speed up their time-to-market. Its interface and engineering tools reduce labor and time required to design and commission building automation systems ultimately saving building owners and facility managers, operating and energy costs.

Siemens has also acquired Enlighted Inc., a leading provider of IoT systems in buildings, headquartered in the Silicon Valley which is developing a multi-sensor-based IoT platform.

Enlighted?s platform consists of multi-function sensors, distributed computing, its network, and software applications. At the heart of the platform are smart sensors that securely stream data to the cloud which enable reduced energy use and improve space utilization inside of buildings offering better environmental management and higher asset utilization to enterprise firms. The company?s sensors which are installed light fixtures and can detect occupancy and environmental changes 65 times per second and can lower lighting costs up to 85 percent in office buildings when combined with advanced LED fixtures, according to Joe Costello, Chairman, and CEO of Enlighted Inc.

The platform also reduces HVAC (heating, ventilation, air conditioning) needs in real-time and can locate people and assets within a building and analyze the occupancy of floors and rooms.

Siemens most recent acquisition was of Building Robotics Inc., an Oakland California based startup known for its core product, a smart building app called Comfy.

Comfy is a simple-to-use app that enables building occupants to control their environment and make immediate changes in temperature and lighting, book rooms, and provide feedback on their space. The app directly integrates with existing building automation, IT networks and IoT systems to offer on-demand control and smart automation.

The consumption of smart home devices such as Alexa, Apple TV, and other virtual assistants have transformed the way in which people interact in their homes these expectations are now being carried into the workplace and company?s move to acquire Comfy is rooted bringing that experience to the office.

“This move further strengthens our leadership position in smart buildings,” said Matthias Rebellius, CEO of Siemens Building Technologies. “With the Comfy app, we will bring a consumer-like experience to commercial buildings that simplifies the interaction with buildings to increase employee productivity and engagement.”