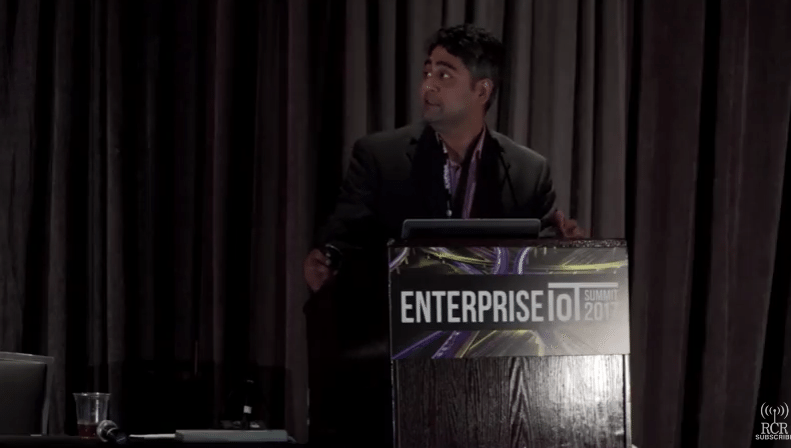 Dilip Sarangan is the Global Research Director for IoT for Frost & Sullivan. Over the past 10-plus years, Dilip has tracked various industries and applications for IoT including video surveillance, building automation systems, fire & life safety, home security, home automation, energy management, among others. He has written about and provided advisory services to many leading vendors and service providers in both enterprise and consumer IoT.

From his commentary on connected buildings and IoT: “IoT basically, we all know it’s going to have a massive impact on businesses, consumers, government. A lot of it is based on the availability of ubiquitous connectivity. Every person in the world is going to be affected by IoT. I think buildings is a great example of where we’re going to see a lot of disruption from traditional way of doing building automation systems to IP and moving into the whole IoT realm. It’s either they continue to evolve or completely perish.”

Expanding the concept of connected buildings to connected, smart cities, Sarangan focused on mobility as a key aspect. “We’re starting to already see the convergence of the home and the car, and I think over the next couple of years we’re gonna start seeing that work and play become a lot less,” separated. “People would have to start thinking about how some of the IoT technologies, and the different kinds of solutions that are available in the home, can be moved over into the car and into different office buildings and workplaces to actually create that seamless transition from work to play to home.”