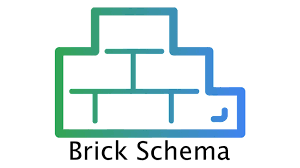 The Brick Consortium, which furthers research and development of the open-source Brick schema specifications for built environments, announced that five companies have joined on as inaugural members.

The Brick Schema provides a common mapping and interchange format for data from sources such as the HVAC and building automation systems, lighting, electrical, access control, fire protection, occupancy, and other common building systems. The consortium provides governance for the Brick Schema specifications and is developing tooling, conformance testing protocols, and a repository of reference models and canonical use cases. The consortium also funds the research of work related to Brick and the built environment and works to evangelize the use of the Brick schema.

“We are excited to have these industry leaders joining the Brick Consortium and contributing to the development of the Brick Schema,” said Carnegie Mellon University professor Yuvraj Agarwal.

“The consortium will provide the community assurances that Brick has a long-term future and can be a contributing technology for improving the efficiency and comfort of buildings,” said Carnegie Mellon University professor Mario Berg?s. Both Agarwal and Berg?s are Brick Consortium Steering Committee members.

“In support of Carrier’s commitment to make buildings healthy, safe, sustainable and intelligent, Carrier leverages Brick in its Abound digital platform,” said Bobby George, SVP and chief digital officer for Carrier. “We believe in an open, interoperable and connected future for the built environment and for this, we’re proud to be part of the Brick Consortium.”

Meanwhile, Vijay Sankaran, CTO at Johnson Controls, noted that Brick is foundational to the firm’s OpenBlue Digital Twin strategy and that the Brick representation schema is leveraged across multiple OpenBlue products. “We are pleased to be a part of the Brick Consortium and work with the open source community to create an expanded digital twin ecosystem that serves the industry as a whole, allowing for more integration and driving partnerships that create smarter, healthier and more sustainable buildings,” he said.

The Brick Consortium members and other interested open source contributors are developing the next release of the Brick schema, version 1.3. The consortium expects to complete development this month, and after a review process the members will approve the final release of version 1.3 by February 2022. Highlights of the 1.3 release include official integration with real-time data sources such as BACnet and timeseries databases, a more expressive model for chillers and other heat pumps, and features designed to make interoperability with future standards easier, such as the ASHRAE 223P standard currently under development.