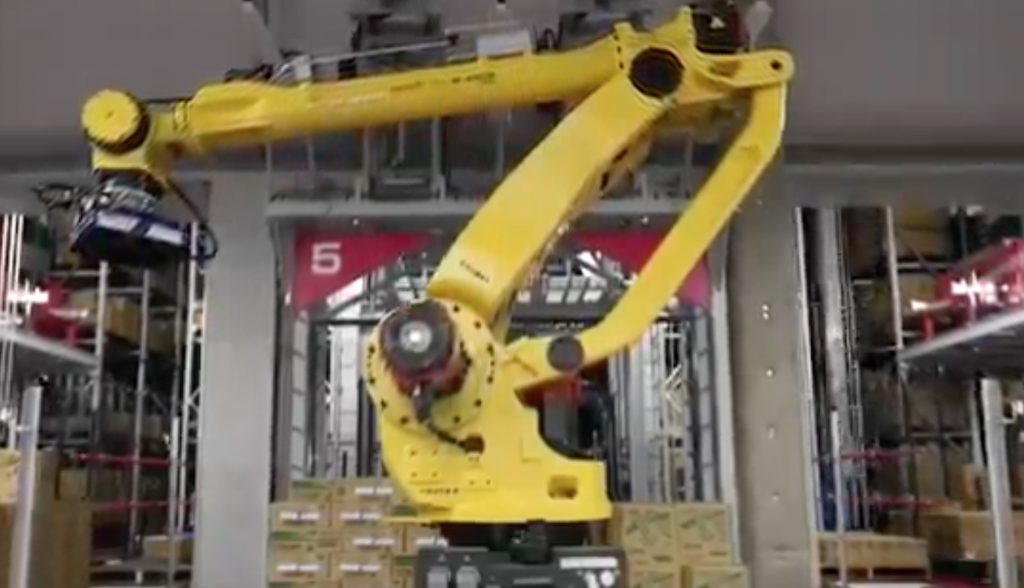 The world?s first fully-automated warehouse that requires no humans to fulfill tasks could be in warehouses and fulfillment centers very soon. ?

Mujin, a Tokyo-base startup, claims to be the first fully-automated warehouse provider and showcased its technology at a tech show in Japan this month. Still in the prototype stage, the startup?s robots and controllers will be trialed in Japanese warehouses later this year.

The robots, which are designed to perform heavy-lifting-type tasks such as truck loading and unloading could potentially solve the problem of persistent labor shortage by decreasing the requirement of 400 to 500 warehouse associates to only five.

?Lifting heavy boxes is probably the most backbreaking task in warehouse logistics,? said Mujin?s American co-founder and CTO, Rosen Diankov. ?A lot of companies are looking for truck unloading systems, and I believe we?re the closest to commercialization.?

The automated robot arms are integrated with the company?s controllers and camera and other systems inside of warehouses and fulfillment centers, which enables them to perform heavy lifting tasks.

Each controller is?approximately the size of a briefcase and acts as an operating system for motion and vision that allows robots to perform autonomous actions without any need for training.

The company says that the controller?s hardware is compatible with any robot manufacturer.

Munjin?s technology has been used in a warehouse operated by Chinese e-commerce giant JD.com?s in its Shanghai facility since June of this year.

The 40,000-square-meter warehouse was equipped with 20 industrial robots that pick, transfer and pack packages using crates on conveyor belts, through the use of camera systems and robotic controllers, while other robots cart merchandise around to loading docks and trucks.

The start-up?s Bulgarian founder says that recognizes the challenges of introducing a fully-automated warehousing in the US market as many people fear robots will take jobs from people- but says that introducing robotics will create more jobs.

?Introducing robots creates more jobs, and history has shown that?s been the case. Companies that have embraced automation, like Toyota ? it?s the biggest car company in the world now,? said Diankov.

Munjin plans to scale to the U.S. and offer a standardized automation package.

?Unfortunately, just having a robot system work perfectly is not enough, and we need to have the equipment and system around the robot to finally allow it to contribute to the operations of the business,? said Diankov. ?Once there are enough solid standardized components for warehouse automation, we can focus our energies to quickly deploy and perfect them.?