You are here: Home / Automation / Walmart’s robot janitors are coming to a store near you 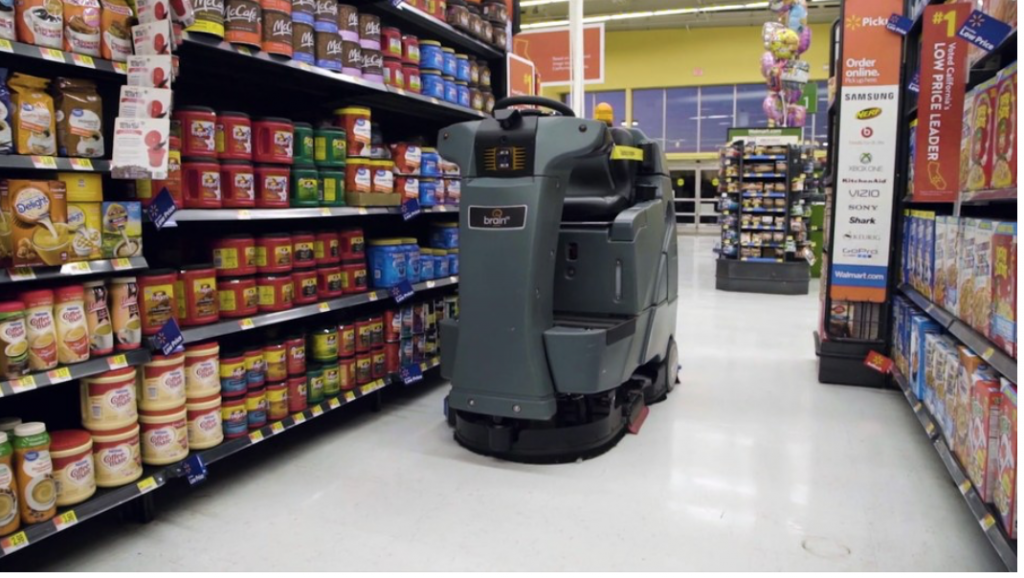 The most significant artificial intelligence-based PropTech innovation to hit the shelves this week isn’t a digital twin or a smart building app – it’s robot janitors. But fear not, they will not take your jobs, at least not yet.

Walmart, the largest American multi-national retail corporation, has entered a partnership with San Diego-based robotics company Brain Corp. to roll out robotic janitors who will now scrub the floors of the world’s largest retailer.

Brain, a San Diego-based AI firm, will equip 360 robotic floor-scrubbing machines with its BrainOS platform. The machines will be capable of operating without the supervision of a human employee and will be deployed to the big-box retailer’s stores by January 2019.

Walmart says its primary goal is to relieve its workforce from the tedious task of cleaning floors, enabling them to focus their attention on more important parts of their jobs — such a providing a better customer experience.

“BrainOS is a powerful tool in helping our associates complete repetitive tasks so they can focus on other tasks within role and spend more time serving customers,” said John Crecelius, Walmart’s vice president of central operations, in a press release.

Currently, Walmart store associates manually operate the company’s floor scrubbers, guiding them down the aisles that need to be scrubbed. But now employees will be able to ride BrainOS robot scrubbers around the store — and after an initial round of training, the scrubbers, which are capable of navigating around obstacles and people, will be able to move around the store autonomously using a sensor-based system.

The BrainOS platform, which currently automates more than a hundred of Walmart’s fleet of commercial floor scrubbers in the United States, provides the machines with autonomous navigation and data collection capabilities through a cloud-based reporting system.

While it’s not likely that these robot janitors will quickly displace human jobs, they do have another feature that adds to their competitiveness: they are capable of collecting data about peak shopping hours and empty shelves, according to a Walmart spokesperson.

And considering the fact that Walmart employs more Americans than any other company, their adoption and impact on the overall economy in the long term should not be underestimated.